The Grand Priory of Brazil of the Ordo Supremus Militaris Templi Hierosolymitani (Sovereign Military Order of the Temple of Jerusalem) has recently launched its new website at https://www.osmthbrasil.org The website contains many informative texts and video presentations on subjects of interest.

In Brazil, the Grand Priory of the OSMTH has built a Templar Complex dedicated to the Spiritual Cavalry of St John the Baptist, located in Santa Maria, Carangola, Minas Gerais. It is built of stone following the medieval model and consists of three parts: (1) the Temple of Saint John the Baptist, built in the shape of an octagon, like the Temple of Solomon in Jerusalem, where the Order was born. This is where private meetings take place; (2) the Candle Room of Arms of Grandmaster Dom Fernando Campello Pinto Pereira de Souza Fontes, where the postulants are received for the first time, before their initiation; and (3) the Chapel of Santa Maria Madalena, built in the shape of a cross (like the Church of the Holy Sepulchre and the Gothic Cathedrals built in Europe by the Order), which is where the Public Ceremonies are held. Everyone is welcome at the complex, regardless of their religious beliefs. 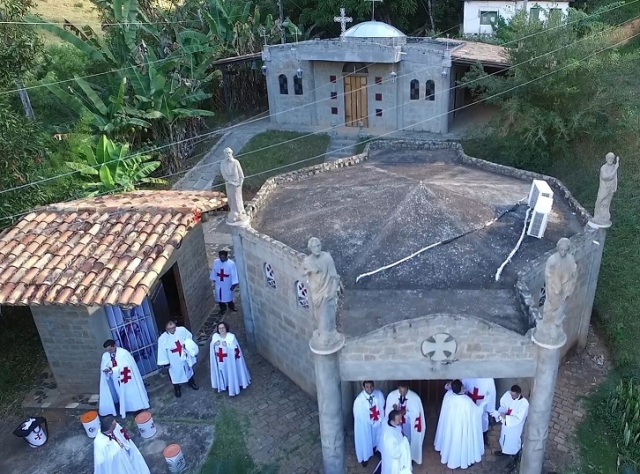