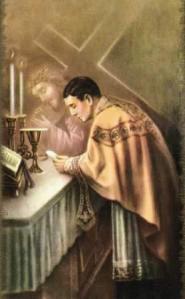 The Apostolic Episcopal Church is governed by Metropolitan Synod under the Primate and Presiding Bishop. Metropolitan Synod is recognized by the Statutes of the State of New York, Chapter 597 Laws of 1932, Article 3A, sections 50 to 59c. The Primate and Presiding Bishop is constituted a corporation sole with perpetual succession under the laws of the State of Hawaii. Membership of Metropolitan Synod is indicated thus * in the clergy list below. Bishops in the Apostolic Episcopal Church may, according to the ancient Eastern practice of our origins, use the Orthodox designation of Mar. The length of service of each bishop in our communion is indicated by their year of consecration as given below.

No member of clergy receives a centrally-administered stipend from the Apostolic Episcopal Church. Each meets not only his own expenses but also those of the central church, so far as he may be able. However, there is no obligatory financial contribution whatsoever. It follows that our clergy are not only to be found in a conventional parish setting, but may also express their religious vocations through following a suitable profession, as has always been acceptable to Anglicans in the past; included in this number are several teachers (including four of our Primates) and professional counselors.

>>Information about ordination and incardination in the Apostolic Episcopal Church

In the list below, membership of Metropolitan Synod is indicated thus: *

Co-adjutor to the Primate and Presiding Bishop, and Provincial Archbishop of the Province of St Mary the Virgin
The Most Revd. Edison Raúl Narváez Guerra (Mar Pantaleon), OCR, DD, JD*
consecrated bishop in 2010.
Titular Archbishop of Hebron; Patriarch of Malaga in the Catholicate of the West

The Rt. Revd. Daniel Gonzalez Garcia (Mar Felipe)
Suffragan Bishop of the Suffragan Diocese of Our Lady of Guadalupe, Mexico

The Rt. Revd. Mar Luis Humbreto Alvial Faundez
Suffragan Bishop of the Suffragan Diocese of Our Lady of Walsingham, Chile

The Revd. Esteban Francisco Valdéz
Vicar of the Mission of Our Lady of the Miraculous Medal, Cuba

The Revd. Ángel César Lara Celis
Vicar of the Mission of Our Lady of Perpetual Succour, Ecuador

The Revd. Antonio Rodriguez Garcia
Vicar of Our Lady of Charity, Cuba

The Revd. Dennis Manuel Parra Fallas
Vicar of the Mission of Our Lady of Peace, Costa Rica

The Revd. José Manuel Pino Gonzalez
Vicar of the Mission of the Dormition of Our Lady, Venezuela

assisted by other clergy and lay ministers

Spain:
Province of St Mary the Virgin
The Rt. Revd. Fredy Alexander Ramirez Martinez
Suffragan Bishop of the Suffragan Diocese of Christ the King and Our Lady of All Graces, Galicia