The Prince-Abbot has recently been appointed Grand Prior for the United Kingdom of the Order of the Calamian Star of Peace. The Order is awarded by Tagbanwa Tribal Chieftain H.M. Rodolfo Aguilar I, ruler of the Coron Island Ancestral Domain in The Philippines. 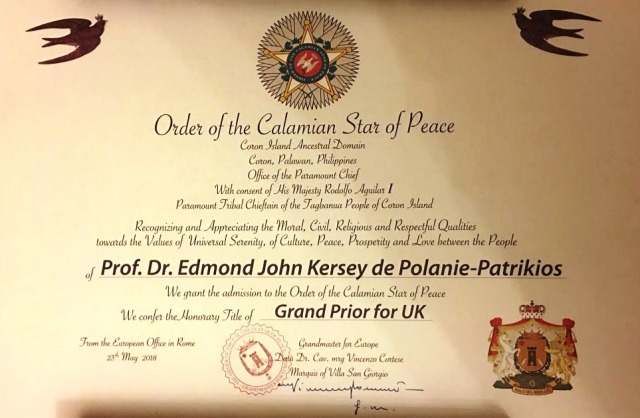 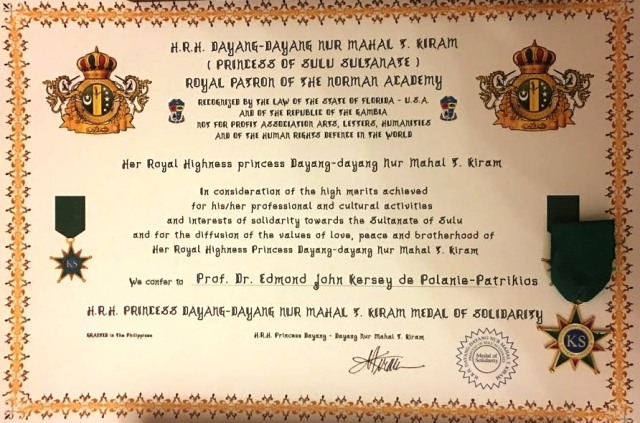