Tabernacle of Prince-Abbot Edmond I

Posted on December 5, 2014 by johnkersey

The tabernacle of Prince-Abbot Edmond I, hand-crafted and used in his private oratory, is now a part of the Archive of the Abbey-Principality once more. The tabernacle has been sympathetically restored by its previous custodians at the archive of the American Chapter of the Order of the Crown of Thorns, and is now in use in the oratory of the Prince-Abbot. It is decorated with an ikon of the Theotokos. 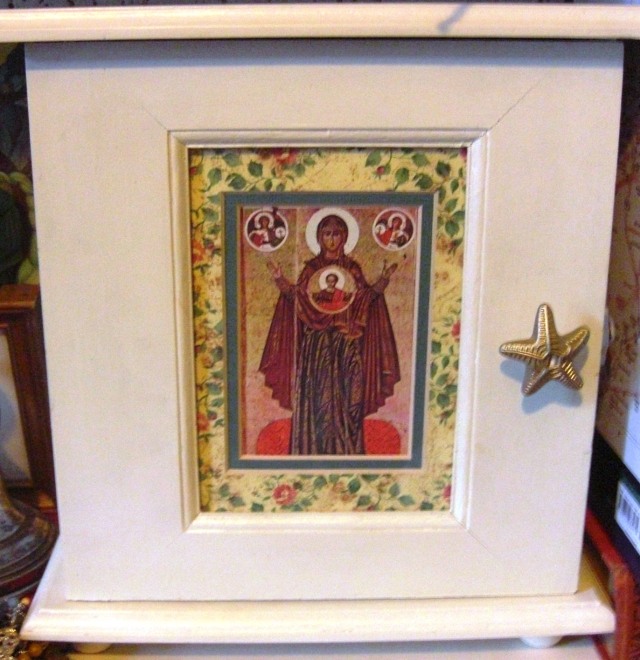 Historian, musician and educationalist.
View all posts by johnkersey →
This entry was posted in News, San Luigi Gazette. Bookmark the permalink.