On 10 October, San Luigi member Dr William Clark KOCT, KLJ-G, KStJH(G) was an invited guest of the Commandery of New South Wales of the Military and Hospitaller Order of St Lazarus at the Australian Club. During the fundraising dinner, former Prime Minister of Australia the Hon. John Howard OM, AC, addressed the assembled company.

Dr Clark, who is a Knight Officer of the Order of the Crown of Thorns as well as a member of the Protectorate of San Luigi of the Military and Hospitaller Order of St Lazarus of Jerusalem and the Protectorate of San Luigi of the Orthodox Order of the Knights Hospitaller of St John of Jerusalem, is seen to the left in the photograph below. Pictured with him are the Rt Revd Richard W. Hurford OAM, CStJ, ChLJ, former Anglican Bishop of Bathurst, and Mrs Hurford. 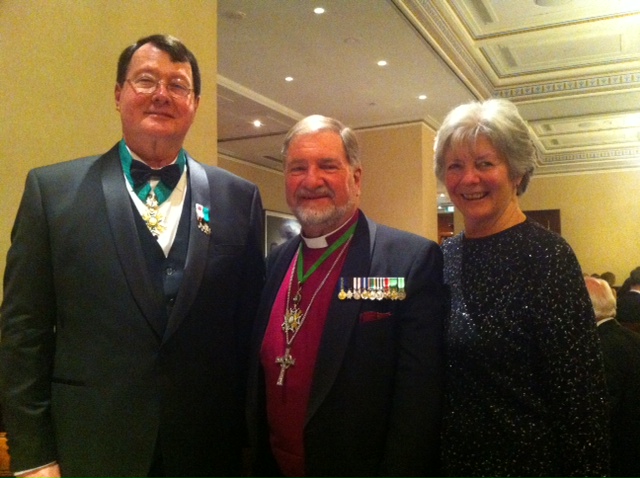