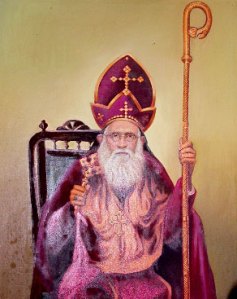 The Metropolitan Alvares Julius Research Project (MARP) has published an important article concerning the Cathedral of Our Lady of Good Death (Boa Morte), Colombo, Sri Lanka. This was the Cathedral and headquarters of the Latin Rite (Independent Catholics of Ceylon) of the Indian Orthodox Malankara Church under the headship of Metropolitan Julius I Alvares.

As the article recounts, the vicissitudes of the Latin Rite Orthodox community were such that the Cathedral eventually passed into the hands of the Roman Catholic Church, and that church still maintains the Cathedral today.

The article can be read in full at this link: http://theorthodoxchurch.info/alvares/the-cathedral-of-metropolitan-alvares-julius-in-colombo-the-story-of-sinhalese-orthodox-christians/

Historian, musician and educationalist.
View all posts by johnkersey →
This entry was posted in News, San Luigi Gazette. Bookmark the permalink.