The photograph below was taken at a private presentation ceremony of the San Luigi Orders at St Severin’s Abbey, Kaufbeuren, Germany. At the ceremony, San Luigi Grand Prior for Continental Europe the Most Revd. Dom Klaus Schlapps OPR, Duke of Saih Nasra, invested His Excellency Honourable Colonel Andrew Tiberius Adam Rhédey von Kis-Rhede with the Grand Cross of the Order of the Crown of Thorns and the Order of the Lion and the Black Cross. The photograph shows Dom Klaus presenting the brevets of appointment accompanied by H.E. Armin Ziegler, Prefect of the Confraternitas Oecumenica Sancti Sepulcri Hierosolymitani, Bavaria. 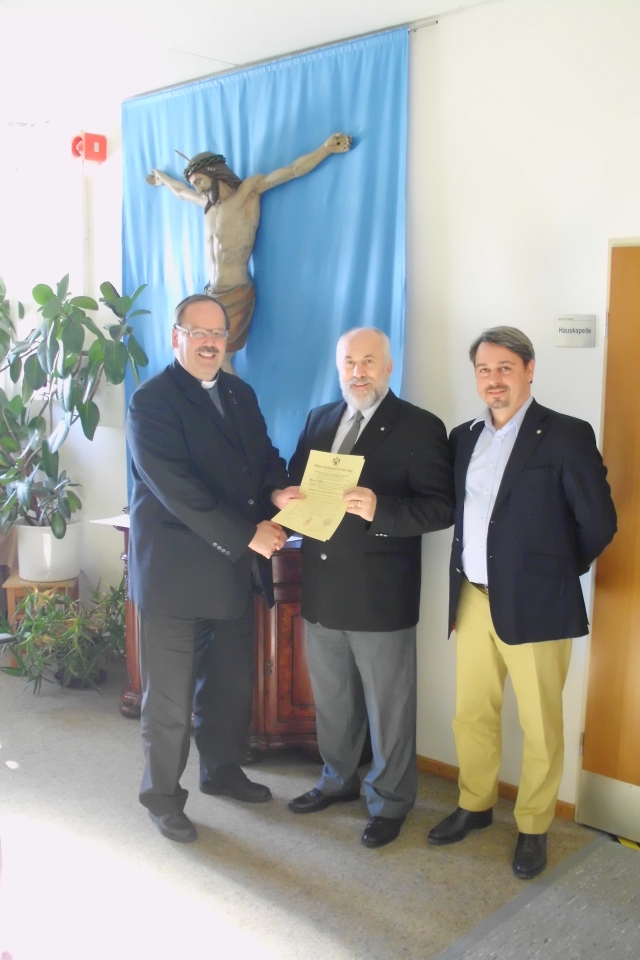