BLAZON OF THE ARMS OF THE ABBEY-PRINCIPALITY 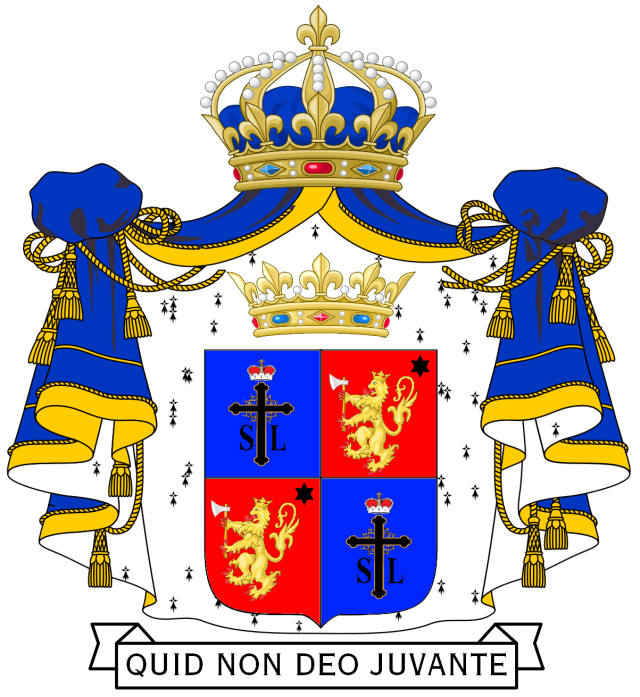 Quarterly azure and gules; 1st and 4th: the device of the Abbey-Principality of San Luigi as recorded from its foundation in 1883; 2nd and 3rd: a crowned lion rampant or holding an axe in sinister chief a star sable.

Motto: Quid Non Deo Juvante – What can we not do with God’s aid. 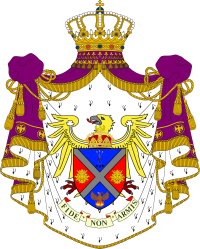