Our Archive forms an extensive repository of historical documents and artefacts, mostly liturgical items, that reflects the history of the San Luigi Orders and those who have served them. Principally it is a collection of items relating to (and in most cases owned by) Prince Kermit of Miensk and the Prince-Abbots of San Luigi, although other members of our Orders are also represented, particularly Archbishop Frederick Charles King. Where these items are liturgical in nature, most are still in active use today. The archive contains manuscript correspondence (some in photocopy) to and from Prince-Abbots Joseph III, Edmond I and Edmond II of San Luigi, publications, photographs, and various official documents. The archive also includes documentation and pamphlets that relate to other historic jurisdictions. Some of the most significant and interesting items in the Archive are several vials of Holy Water that was blessed by Prince-Abbot Joseph III and Archbishop Joanny Bricaud, and incense blessed by Prince-Abbot Joseph III.

For administrative and academic purposes, the history and archives of the Royal House Polanie-Patrikios and the Abbey-Principality of San Luigi, together with those of the Apostolic Episcopal Church, the Catholicate of the West, and various other related bodies are maintained under the auspices of the San Luigi Orders Charitable Trust in the United Kingdom, which is recognized as a charity by H.M. Revenue and Customs under Paragraph 1, Schedule 6 of the Finance Act 2010. It is possible for scholars to access material for research purposes by arrangement with the Secretariat.

The archive contains a considerable amount of documentary material concerning the history of the smaller communions during the twentieth-century. There is also a good deal of material relating to the Liberal Catholic Church.

A photographic record and, for documents, a process of digitization, is now routine for all new acquisitions.

>>See also our Publications page, which contains both historic and contemporary items

A selection of items from the Archive is given below: 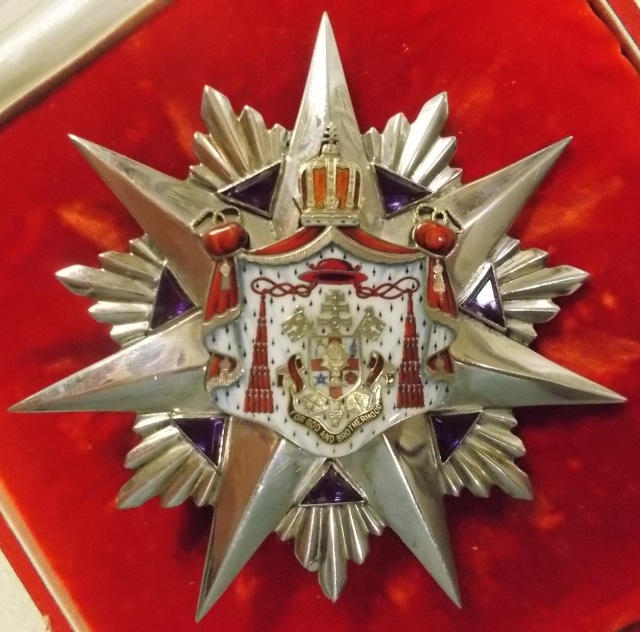 The Holy Star of Office of the Old Catholic Orthodox Church. White gold and amethyst, with gold set enamelling, made by Wilson and Gill, goldsmiths of London, for Patriarch James Bartholomew Banks in 1936. 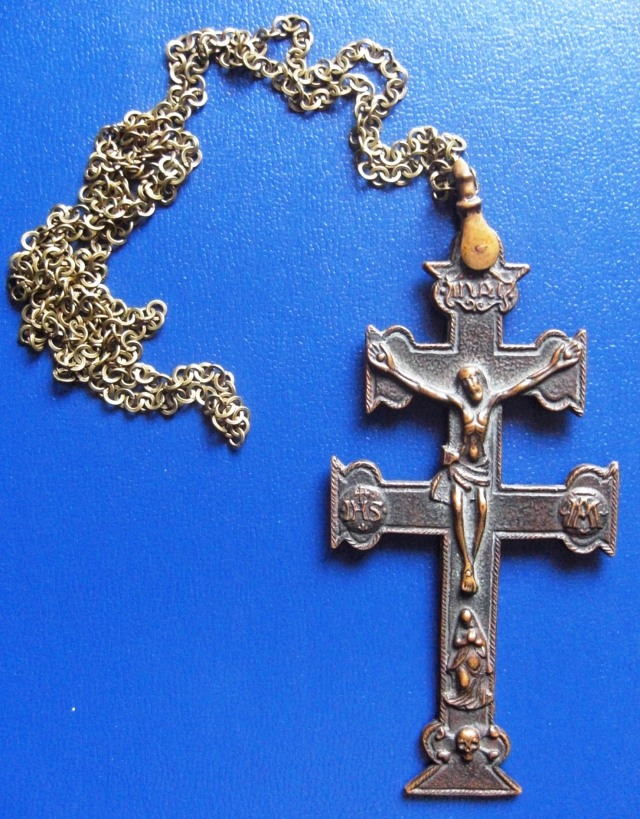 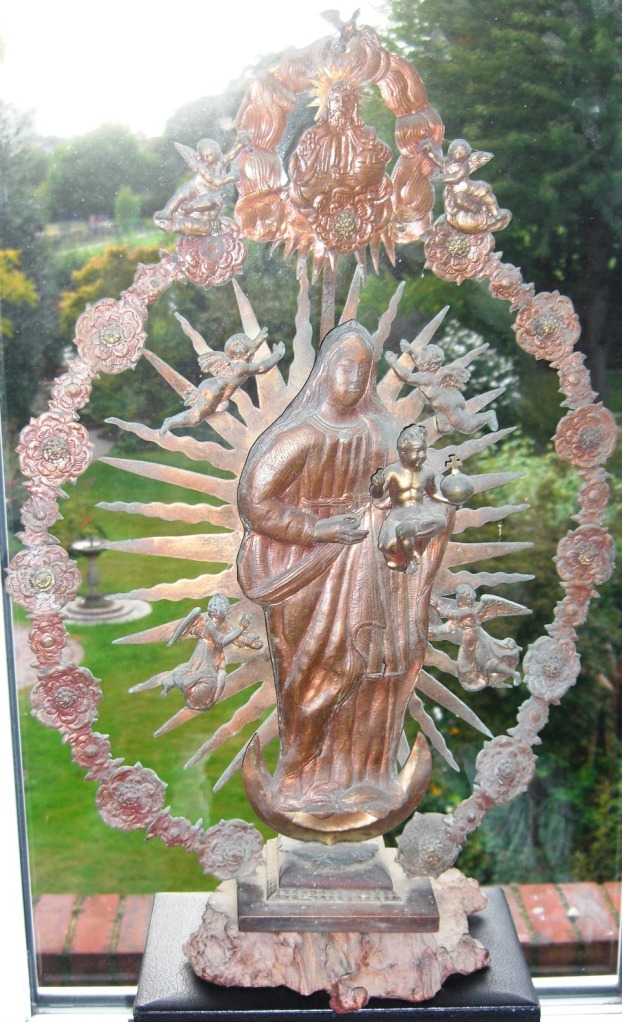 Among the greatest of the treasures in the archive of the Abbey-Principality of San Luigi is the bronze statue known by us as the Vilatte Madonna. This statue is Indian, twenty-four inches high, and was presented to Prince-Abbot Joseph III (Archbishop Joseph-René Vilatte) by the Malankara Indian Orthodox Church under Mar Julius I Alvarez, which body was responsible for his episcopal consecration in 1892. It was recently donated to the Abbey-Principality as a gesture of friendship and support by its prior custodians in the United States of America. 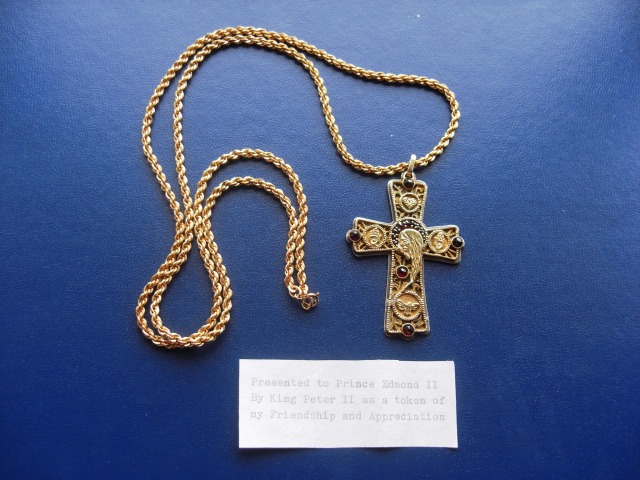 Jewelled gold pectoral cross presented by King Peter II of Yugoslavia to Prince-Abbot Edmond II of San Luigi, with typewritten note of dedication from the King “as a token of my Friendship and Appreciation.” 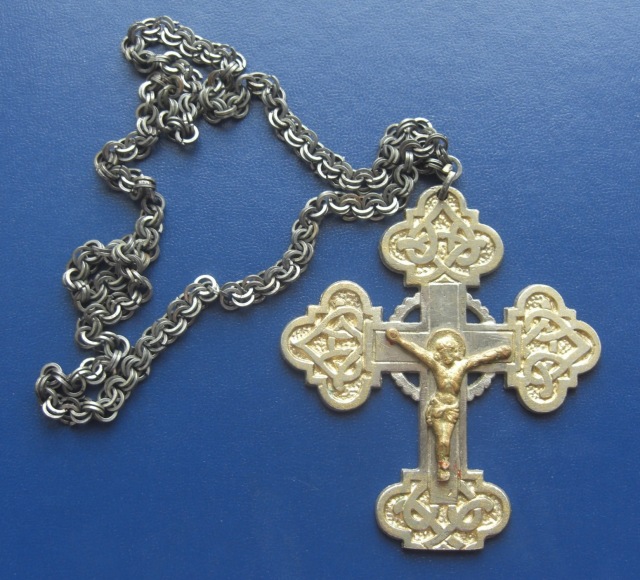 Pectoral cross of Prince-Abbot Joseph III, worn around the time of his consecration in 1892. 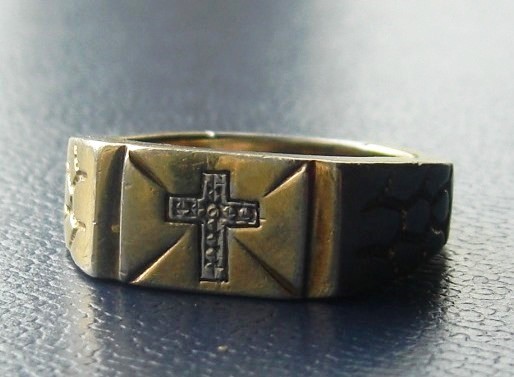 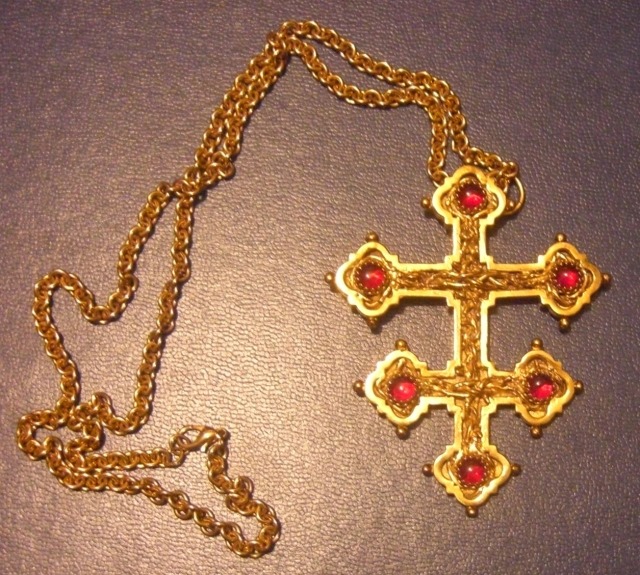 The Bricaud Cross. This pectoral cross was presented by Archbishop Joanny Bricaud to Prince-Abbot Joseph III and played an important role in the ceremonial of the American Chapter of the Order of the Crown of Thorns. This copy was commissioned by the present Prince-Abbot from master jeweller Count Carl Lemke. It is in gilt bronze set with rubies. The chain shown here was owned by Prince-Abbot Edmond II. The cross has been consecrated using a small vial of Holy Water that had been blessed by Archbishop Bricaud, who died in 1934. 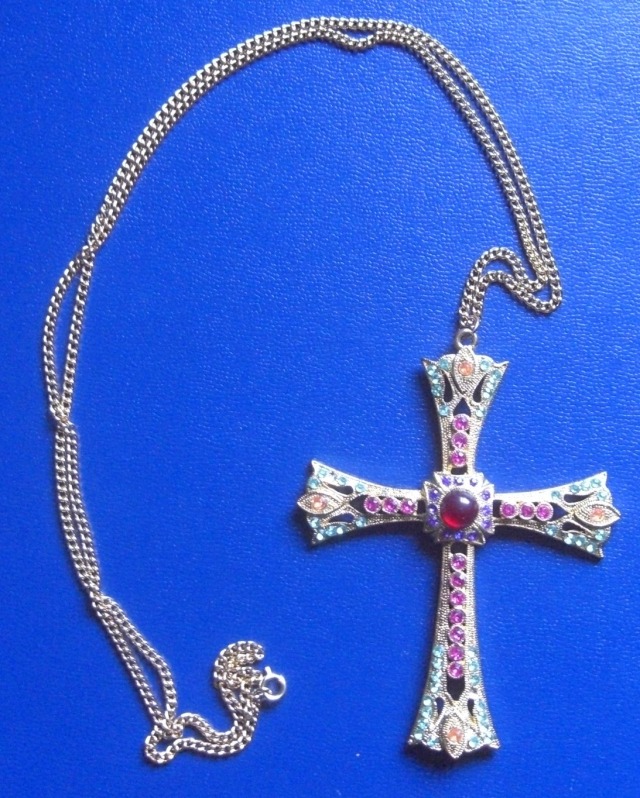 Jewelled gold pectoral cross presented by Archbishop Lowell Paul Wadle to Prince-Abbot Edmond I to mark the concordat with the American Chapter of the Order of the Crown of Thorns. 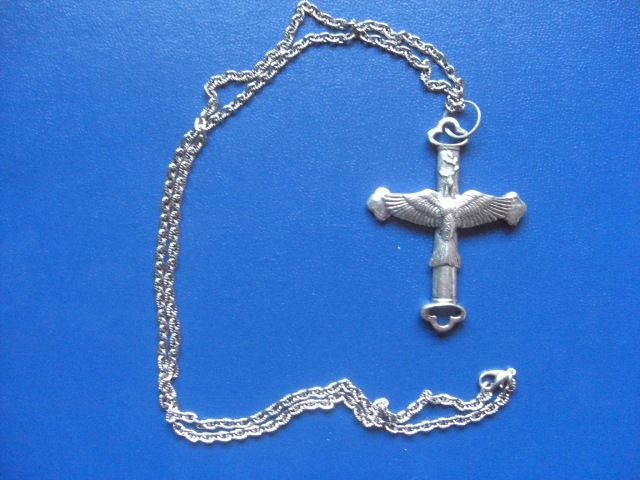 Silver pectoral cross presented by Prince-Abbot Edmond I to Archbishop Lowell Paul Wadle to mark the concordat with the American Chapter of the Order of the Crown of Thorns. 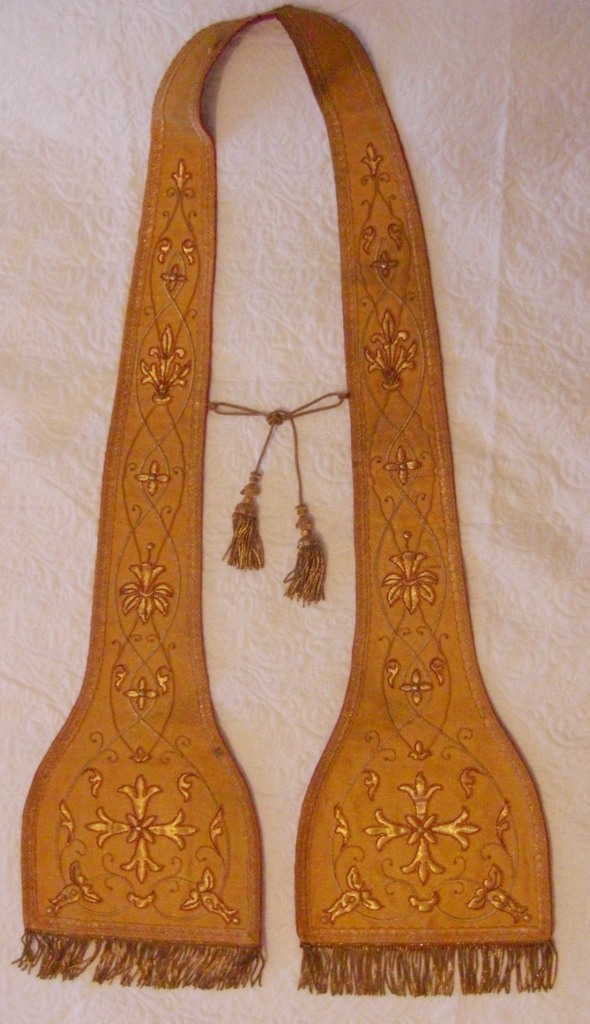 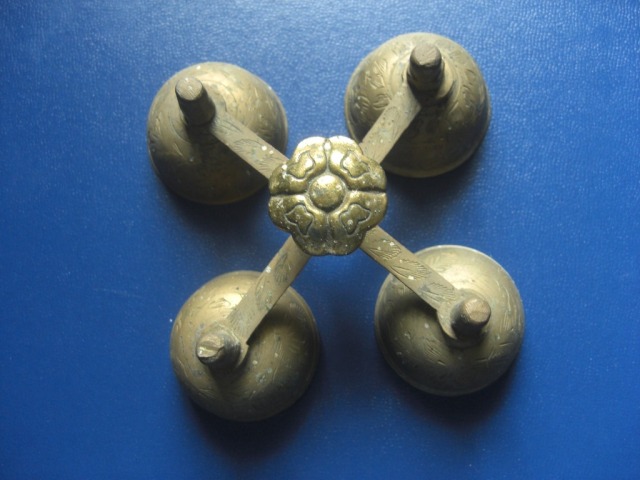 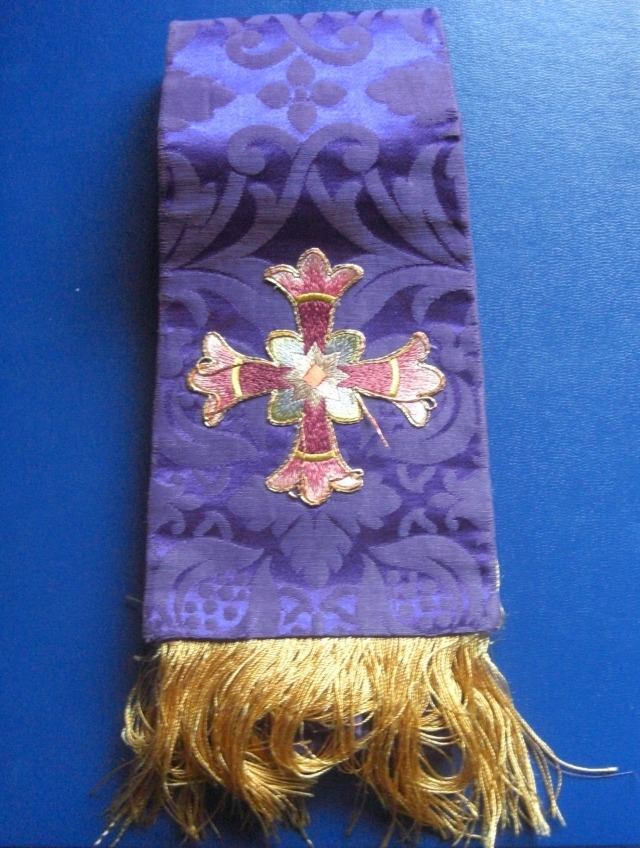 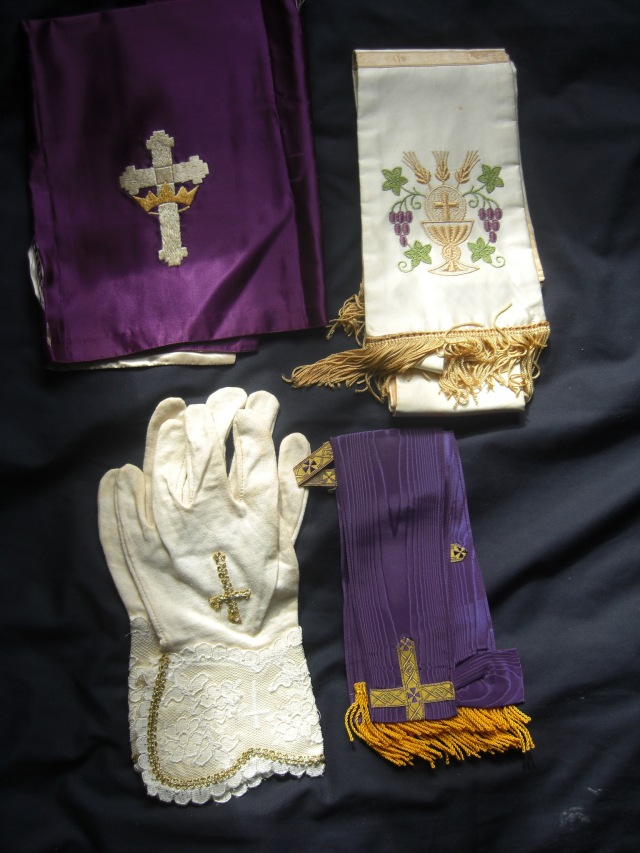 Gloves, stole, burse and maniple of Prince-Abbot Edmond I. 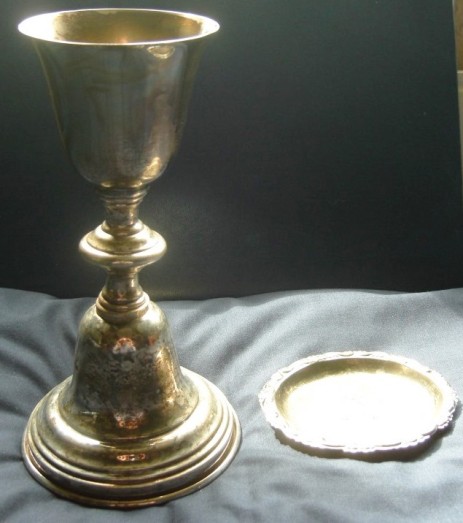 Chalice and paten of Prince-Abbot Edmond I. 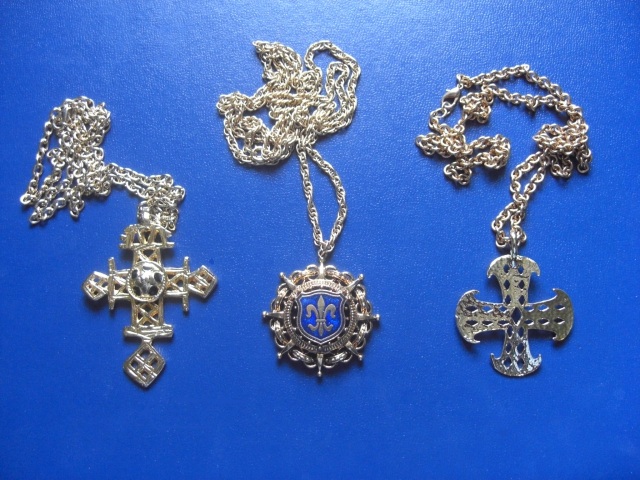 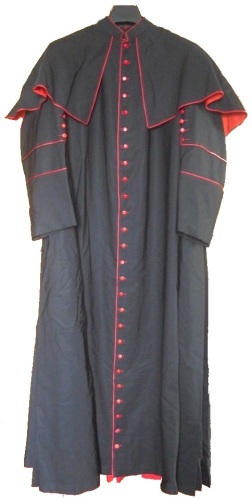 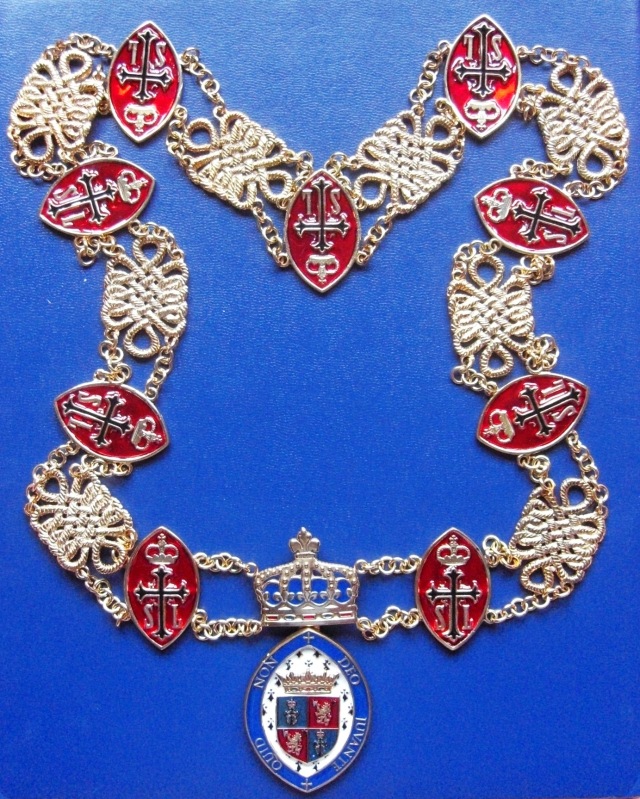 The Grand Collar of San Luigi, commissioned by Prince-Abbot Edmond III from master jeweller Count Carl Lemke upon his accession, and worn on ceremonial occasions. 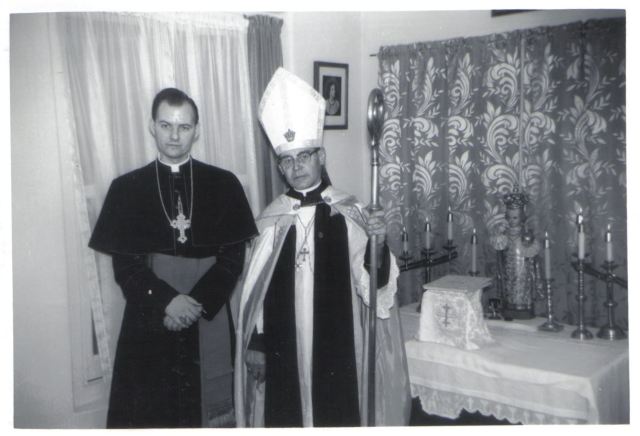 Archbishop Edgar Ramon Verostek (wearing the insignia of the Order of the Crown of Thorns) with Prince-Abbot Edmond II on the occasion of the latter’s consecration, 5 May 1963. This photograph was taken at the private oratory of Prince-Abbot Edmond II. On the altar can be seen a statue of the Infant of Prague that was a gift from King Peter II of Yugoslavia to the Prince-Abbot. 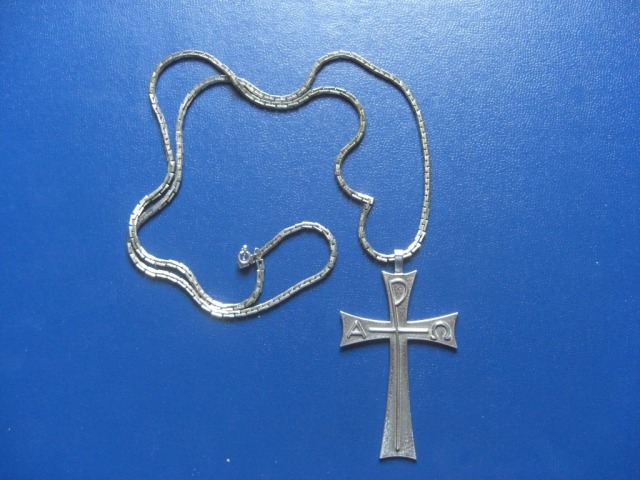 Silver pectoral cross of Primus Dr Charles Boltwood. A set of vestments belonging to Dr Boltwood is also preserved in the Archive. 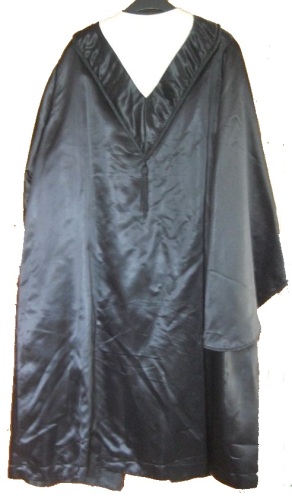 Pure silk cape of office gifted by Prince-Abbot Edmond I to the late Archbishop Harry Carpenter (Mar Veritas) “to honor the memories of those who pioneered our cause”. 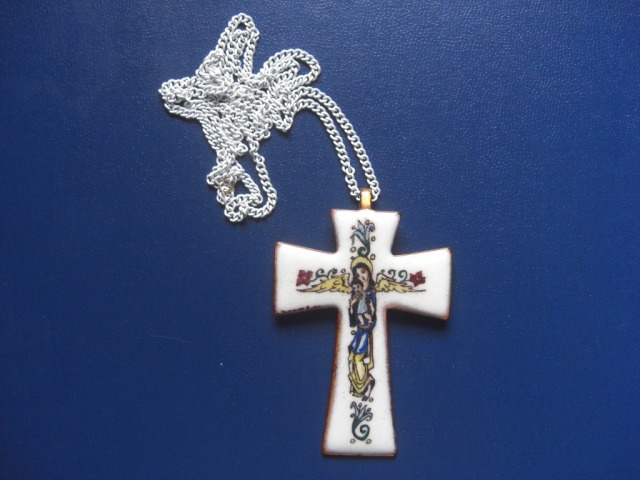 Some archival photographs of members of the Orders; Archbishops Aneed and Spruit with their clergy. 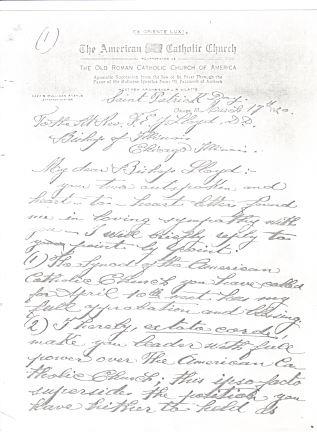 First page of a manuscript letter from Prince-Abbot Joseph III to Archbishop Lloyd, 1920. 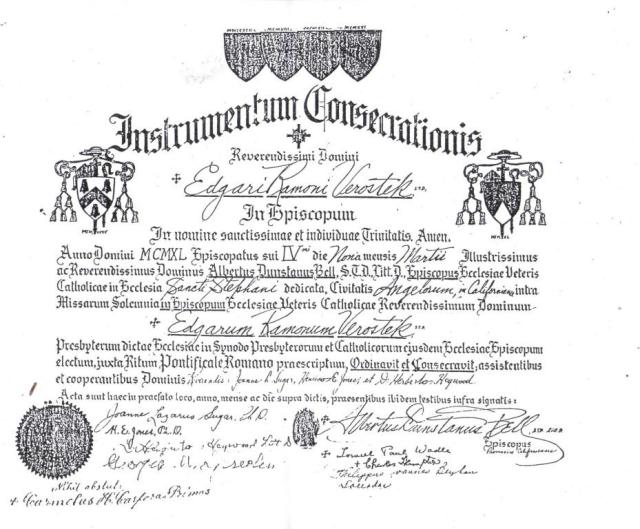 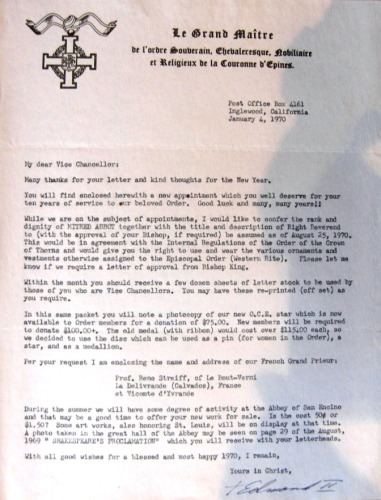 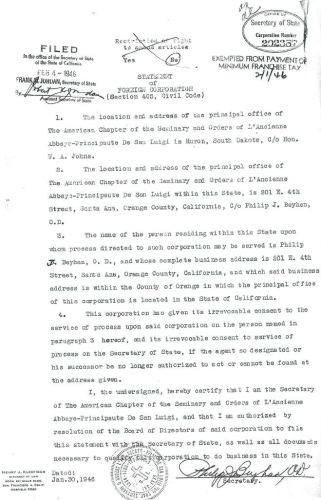 Corporate documentation from 1946 relating to the American Chapter 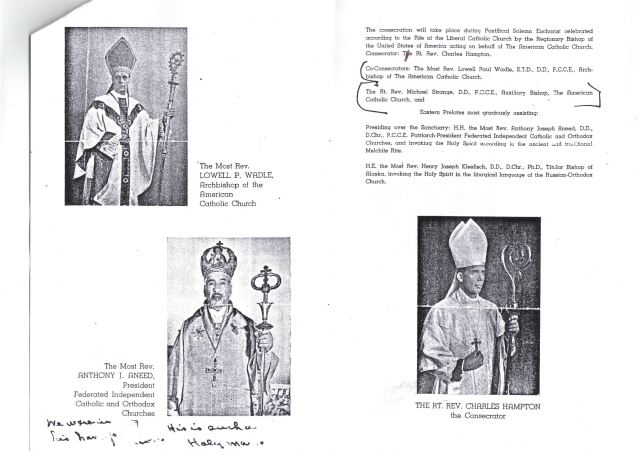 Announcement of the consecration of Archbishop Odo A. Barry by bishops of the Federated Independent Catholic and Orthodox Churches, 28 July 1946.

Manuscript letter of Archbishop Arnold Harris Mathew to the future Prince-Abbot Edmond I. This was one of the last letters Archbishop Mathew wrote.